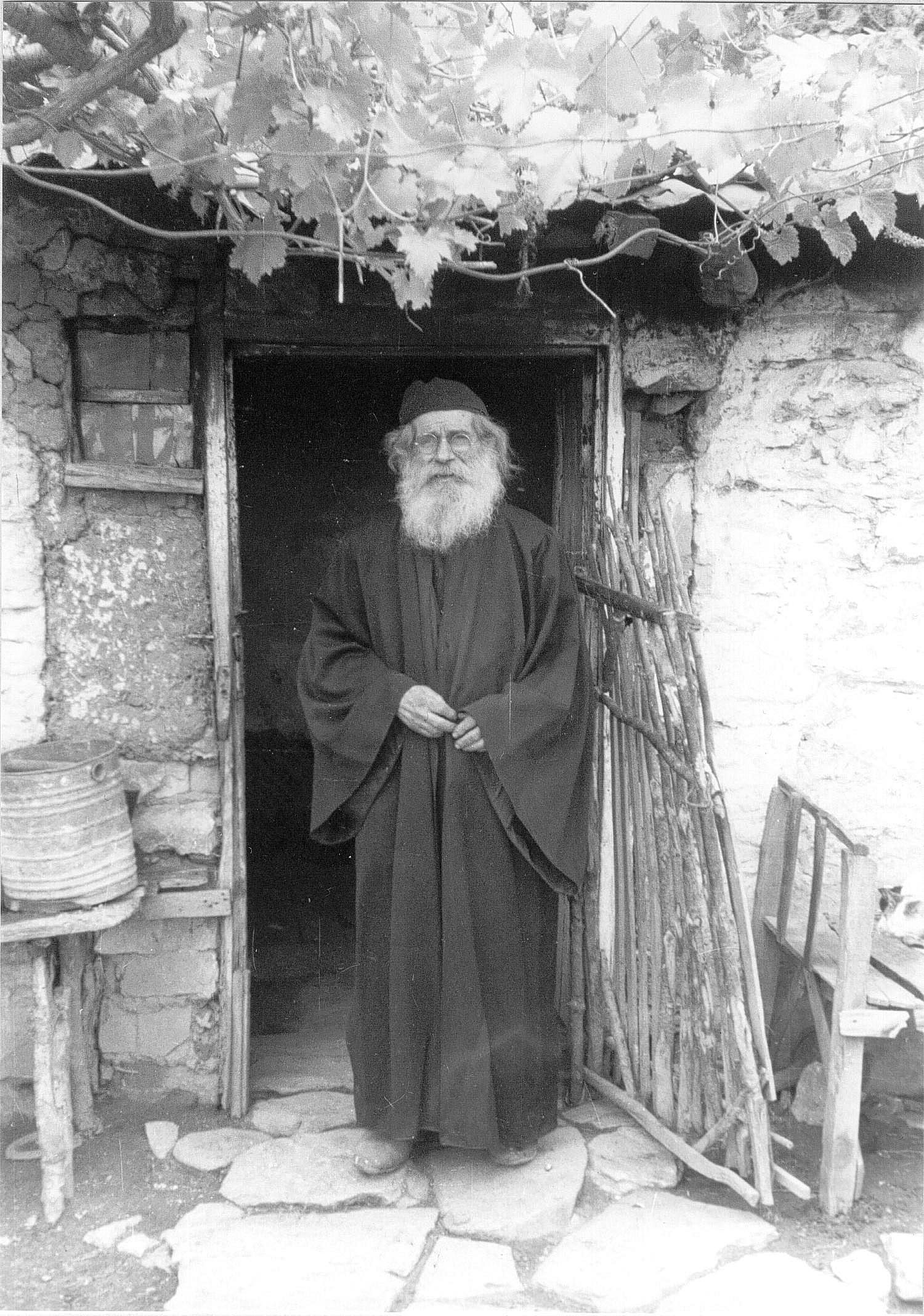 Fr. Meffodi is a Brendanite monk. The Brendanites follow the rule of St. Brendan the Voyager (also known as Brendan the Traveller(1)) They do not build monasteries; to be a Brendanite is to be always a pilgrim.

Brendanites use the term peregrinatio(2) to describe their wandering life; they go where they feel God leads them, and wherever they are is where God wants them to be. Human space has lots of shrines and holy places; Brendanite monks will voyage to these sites, but never stay for long. Often they will ask working passage as stewards, medics, cooks, stevedores, etc. The monk will spend several jumps aboard a ship, and depart where they feel God calls them to stop.

Fr. Meffodi took up his peregrinatio (3) at age 26, and has not returned to his home world since. He has travelled almost constantly for the last 30 years. He has visited scores of worlds and met thousands of people. Fr. Meffodi helps people wherever he goes. He works with his hands, offers counsel and advice, and serves as a mediator and negotiator.

Fr Meffodi neither brags nor complains, he speaks simply and truthfully. No one will be his enemy, he does not believe in making people his enemy. Do him a favor and the story will eventually be told; at some point in the future someone may be favorably inclined to the PCs based on that person's relationship with Fr. Meffodi. Harm him or allow him to come to harm, and all of the people who he has helped could be negatively influenced towards the PCs.

The PCs may encounter Fr. Meffodi almost anywhere, as he travels continually across space. Wherever they meet him, he will be working with his hands and his good counsel for the benefit of others. Like most monks, Fr. Meffodi wears black clothes of very simple design, has a very full beard and lets his now-greying hair grow long.

For example, on a mid-tech planet, Fr. Meffodi is organizing volunteers to clear out and refurbish an old tenement building to use it as a refuge & shelter for substance abusers. The local pushers are not happy with this, or maybe it is a land developer who wanted the property. There is cleaning up to do (strength & endurance rolls) as well as repair (mechanical, electronics & engineering rolls)  to make the building safe & secure.

Local toughs will use harassment and intimidation tactics to halt the work, and if they are rebuffed, they will move to theft and sabotage. Fr. Meffodi is never violent, nor does he endorse or encourage it; PCs who go for the 'direct approach' are likely to receive a gentle yet stinging rebuke. “Force is not of God,” he will remind them. Fr. Meffodi is completely ready at any time to lay down his life in the defense of others, or in defense of his faith.

As another possibility, Fr. Meffodi may ask for working passage aboard the PC’s ship heading for a small underdeveloped moon, because there is a monastery there. The monks will mention an unusual phenomenon on the moon which the PCs can explore. Alternately, Fr. Meffodi may ask the PCs to transport a casket of relics from one planet to another, which an unscrupulous antiquities dealer wants to have so he can sell it.

Fr. Meffodi has no money, or very little; and what he has he often gives away. All the same, he is no fool, and understands that most adventurers want money. He looks for honest characters, and honest jobs; then offers job leads in lieu of paying the adventurers directly. With his extensive travel, he has met many, many people, and lots of them remember him fondly, or even feel that they owe him something for earlier kindnesses. Fr. Meffodi will offer to serve as a broker for PCs who wish to (legally) buy goods on speculation. If he comes into money, he will want to give it to the local parish or monastery, or some local charitable cause. He will pay the adventurers if he can, but usually he cannot. He will try to persuade the PCs to work pro bono, or for the Lord, and will never knowingly cheat or defraud anyone. If he is cheated or robbed he will forgive and not pursue the matter.

Note: This character is named for, but not based upon, an actual monk of my acquaintance. He is a heiromonk, an ordained priest-monk, residing at the Skete of St Maximos the Confessor, in Palmyra, VA.
The Brendanite order does not exist in 21st century Earth, but the practice of peregrinatio is part of Western Christian history.