The Wreck in the Ring Now Available

I am super excited about this. I have played Traveller for 30+ years now, and for most of the time, I was making up my own adventures. Now I've got one published! New from Stellagama Publishing:


The Wreck in the Ring
Available at DriveThruRPG.com 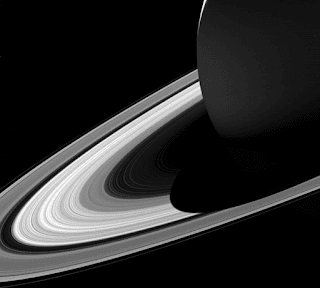 This adventure was written under the Cepheus Engine rules, which if anyone does not know, is the Open Game License version of Mongoose Publishing's First Edition of the licensed Traveller rules.  Now here at AF3, I'm a Classic Traveller guy, but getting a CT license to publish is harder to do. Plus, I have a great working relationship with the folks at Stellagama, doing reviews and indexing for these:

These Stars are Ours!
From the Ashes
The Bronze Case
The Space Patrol (my remarks forthcoming).

The adventure centers around the PCs exploring a wrecked starship. There are dangers to avoid and challenges to overcome, and puzzles to solve. The PCs might get rich, but if they're not careful all they'll get is a face full of hard vacuum.

The Brothers of St Cuthbert make an appearance too.

I'm happy to see my work in publication. Maybe in the future I will convert some of my home-brew universe into CE terms.

I encountered Traveller in 1982 at the FLGS, and bought the Starter Traveller edition. I've been playing it ever since, with a brief foray into MegaTraveller in the early 1990's. Since 1996 or so, I've been back with the LBBs, until a friend gave me his copy of The Traveller Book a few years ago.

I created my own Traveller Universe in 1997, and have played in it almost exclusively since then.

Here are some links to help you celebrate:

Happy Birthday thread at Citizen of the Imperium.

Omer Joel's elegy to the beauty of Classic Traveller.
Posted by Robert Weaver at 9:56 AM No comments:

Email ThisBlogThis!Share to TwitterShare to FacebookShare to Pinterest
Labels: Traveller

Here's a question that the rules don't cover. What happens when a ship loses control?  Or is damaged by pirates/enemy navies? Or collides with an asteroid? Or fails a landing?

Soon my first written adventure for Traveller (actually Cepheus Light) will be in publication. The adventure centers around a crashed starship, and the PCs are there to recover crash victims and valuable scrap. What kinds of dangers could intrepid explorers face when investigating a crashed starship?  These came to my mind:

Your players want to run a military or mercenary campaign. Great, What do you do? The abstract battle system in book 4 works, but it is little more than rolling dice and consulting tables. This does not keep players engaged for long. And it's, well, abstract. A commando mission plays out exactly the same as a security contract.

The rules state that the Abstract system is “particularly valuable in resolving a mercenary mission involving large numbers of troops . . .in which player characters are not primary participants.” Even if the PCs are platoon or company leaders, there's not a lot for them to do that will affect the outcome of a battle.

Book 4, Mercenary, was a very popular rules expansion for Traveller. More guns! All those new weapons, though, were just more ways for the PCs to die. Large scale battles run very slowly when done at the PC level (no, Striker does not play quickly) and the chances are good the PCs will be taken out very quickly. This is not good roleplaying fun. What to do?

I recommend that you keep the PCs front and center of the action by diverting action from mass formation slug-outs to actions at the PC's level. Use the standard Traveller combat system while the PCs are performing their part, then resolve the rest with the abstract system.

What part do the PCs play? They're the mission specialists. In addition to all the fancy new guns introduced in book 4, there are several new skills that are directly applied to combat situations.

Specialist PCs can do lots of things to turn the tide of victory besides fight. To do so they must employ these new military skills. Let us consider the following skills:
which do not have much definition in the Bk4 rules. I thought about them for a while, and here are some expansions to the rules as stated, that can make this group of skills more valuable.

Read more »
Posted by Robert Weaver at 5:07 PM No comments: