Hirelings and Henchmen for Traveller 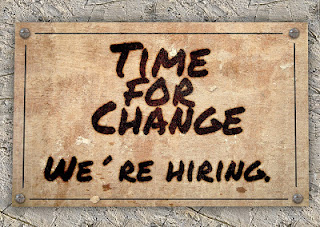 Hirelings! Everyone could use a little help now and then, even your PCs. They can't rely on the Random Encounter to bring along a helpful troop of soldiers or adventurers. What to do? Hire them and bring them along yourself! A solo player in particular would benefit from having some helping hands by his side.

There is a problem though. How do the PCs do this? The only concrete advice or discussion of hiring NPCs we get in The Traveller Book is crew salaries on page 55. Ship crews are specialists, trained to operate a multi-million credit ship. This should not be the standard rate of pay for NPCs.

When the PC party is small, or the danger is going to be large, hired NPCs can spread the work-load, and supply needed skills. NPCs can also be convenient red-shirts for the referee to signal impending danger. The Referee can harm an NPC, giving the PCs a chance to react to the danger.

A general assistant NPC should will expect Cr 300-500/month. That's enough for 'subsistence' to 'ordinary' living standard, plus a potential for profit. A general assistant, a factotum or dogsbody, has average stats and one or two skills at zero level.

Better trained NPCs (skill-1) might ask Cr 500-1,000/month. Any NPC with skill-2 or better will work as a contractor on a specific project. At that skill level, they can be in business for themselves. NPCs with higher mental stats will ask for higher pay. Depending on difficulty and danger, a Senior or Master Technician could ask Cr 2,000 to 10,000 for the job.


Read more »
Posted by Robert Weaver at 1:37 PM No comments:

D66 Reasons Why the Colony Failed

A few months back I asked a question of one of the Facebook Traveller groups that I read. I have a scenario in mind where the PCs are exploring an abandoned habitat. No specific setting, no specific arrangement. Just some kind of colony. The idea may have grown out of the tables in Stellagama's Pirates & Privateering source book, which lists abandoned space stations as a random encounter.

The question was: Why did the colony fail?  Much to my delight, the answers poured in. I have collected here the bulk of the answers (deduplicated for near identical answers) and arranged them in a D66 table. To roll D66, roll 1D for the 'tens' digit and a second 1D for the 'ones' digit.
If you have any ideas that don't appear on this list, share in the comments!

D66 Reasons why the Colony Failed
11 Pilgrimage site for some religion that was later deprecated as a forgery
12 Fast-acting or slow-acting contagion (bacterial/viral/fungal/parasitic)
13 Mining site, better yield found elsewhere and everyone moved.
14 Mining site, ore vein tapped out
15 Colony set-up was a scam. Shells of buildings only, no infrastructure. Scammers on the run.
16 Environmental factor not initially detected caused health problems (i.e. death)
Read more »
Posted by Robert Weaver at 9:30 PM 4 comments: