Lords of the Imperium - revisiting the Noble Career in Traveller 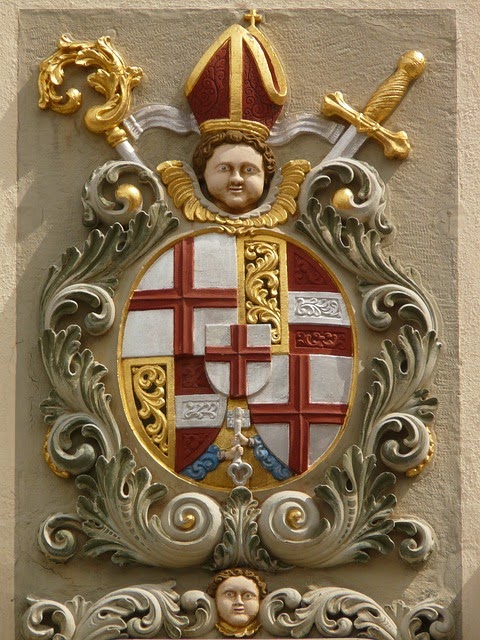 I posted elsewhere on seeking social advancement as a campaign goal. I've introduced a table system for designing Noble Houses. Today I'd like to consider the prior career option called Noble, as it is found in the Classic Traveller books Citizens of the Imperium and The Spinward Marches Campaign. Why would a Traveller player want to choose the Noble career?

The prior careers are where Traveller player characters get their skill sets, drawn from four tables of six slots each: Personal Development, Service Skills, Education and Advanced Education (open only for PC's with EDU 8+).  The skills available in these tables reflect the nature of that career path - Doctors see lots of Medical skill slots, Army & Marine careers have lots of gun combat and vehicle skills, Bureaucrats get five slots for Administration.

So what should Nobles in a Sci-Fi setting be good at?

The one characteristic that most strongly recommends itself to me when I think of what Nobles do is "be in charge of stuff". As an American, I have no direct experience with real-life aristocracy, so I default to depictions of British aristocrats in media. One example which helps make my point was a BBC sitcom in the 70's that I watched on DVD with my wife called To the Manor Born. The main character was an impoverished noblewoman having to deal with her estate being sold out from under her to settle her late husband's debts. She stays in the village, and instructs the new owner in what are now his duties, of generally being in charge of everything on the manor.

A second example is a literary figure, the dashing Baronet Sir Percy Blakeney, aka the Scarlet Pimpernel. He navigates the upper end of British and French society as a seeming brainless fop, while organizing and leading a secret society, arranging the rescue of French aristos from the Reign of Terror. To pound my point home, Blakeney's the guy in charge.

For a more specifically Traveller example, read Space Viking by H Beam Piper. Lucas Trask is a nobleman in a feudal society who knows nothing about spaceships and the like when he buys a battleship to pursue his enemy on a mission of revenge. Guess what, Trask is the guy in charge.

So what does the CT Noble career look like? The Personal Development table has four attribute increases, Carousing and Brawling. How often to Counts and Marquesses get into fist-fights?  Oh well, I can still take that. The Service skills table makes less sense. Combat skills, Hunting, Bribery and +1 Dex. What does this say about Noble service?  They get into lots of fights?  Hunting is likely to be more of a hobby than a necessary task. Doesn't sound very noble to me.

The Education table is almost all starship operation skills, plus one slot for Leader. No problem there, but again, starship crew is not what I think of when I imagine a Noble acting in the capacity of the upper social strata. Advanced Education has Leader, Admin and Liaison, good picks there, plus Computer and Medical. Not wrong, to be sure, but again more career-oriented.

To better reflect the position of Nobles as the people in charge of things, I have rewritten the Noble skill tables with more social skills generally and more Leader slots in particular. With this new mix, Nobles will be better prepared for the positions of responsibility that they are likely to hold by virtue of their social position.

Combine these skill sets with the options laid out in articles like "Robe & Blaster" and "Relief for Traveller Nobility" (see the social climbing post) and Traveller Nobles can really exert influence and change not just the world, but the galaxy.