About Dying in Character Creation

If you’ve read this blog, then you have some familiarity with Traveller. If that’s the case then you are also familiar with the well-worn criticism of the Classic rules whereby a character can die before the creation process is finished. "Oh, how quaint and old-timey. Ha, ha, modern games made sure to avoid that mechanical fault, didn’t they?" (Can you tell I’m tired of this attitude?)

Or maybe you’re looking at it the wrong way ‘round.

In most RPGs, classic or modern, character creation is something that is done above or prior to the game beginning. You determine your attributes, get your skills and otherwise fill out your character sheet, acquire your gear and then your PC is ready to have his first adventure. 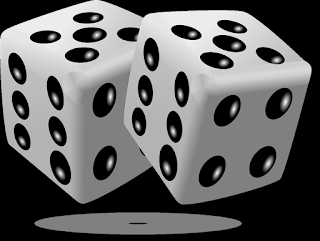 Roll the six attributes for the UPP and you have a playable character, right there. For an example, I refer you to Dane Buckminster. As soon as you decide on the career your PC will pursue, you are playing Traveller. Don’t believe me? Consider this:

What happens in adventure gaming?

All of this happens during Character Creation.

So, character creation is adventure. Every Traveller PC's first adventure is his Prior Career. The PC’s adventures at this stage of their life is abstracted, of course. It covers possibly 20+ years, it has to be abstracted. But it is adventure.

I have described this part of the game as less creating a character, as getting introduced to one. You find out who this extraordinary person is as their adventure unfolds before you. Even if the character dies during this process, you, the player, still played Traveller with that character. Tell the story of what happened, and how this Traveller met his end.

For examples of what that can look like I recommend Alexander Jamison (TTB p.30-31). This is character creation turned into a narrative; Adelaide Thrupp is another.

Dive in! Have adventures right out of the gate.

Author Addendum: This past weekend I was at TravellerCon 2022, and got to speak with Mr. Marc Miller. I have met The Man. And he's a very nice guy. I told him my line of reasoning about character creation as playing Traveller. He said "Yes, that's exactly right." I rest my case.

Posted by Robert Weaver at 8:07 AM