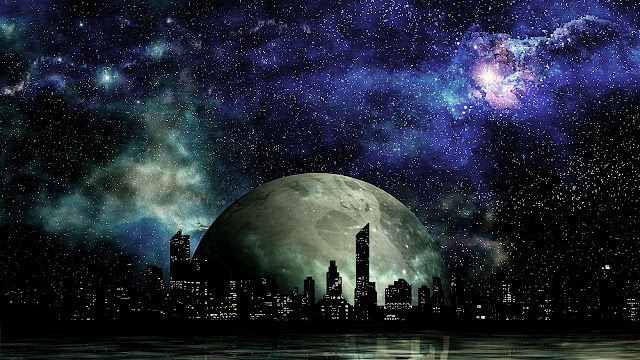 Characters are not inexperienced 18 year-olds at the start of play (but see Dane Buckminster for a subversion of this). They are seasoned veterans, not "striplings". Amount of experience will vary of course, but in no case is a PC simply "just a series of numbers on a sheet of paper". The prior career method, including its possibility of death in character generation, tells a story of an experienced character and how they got to the point of becoming a Traveller. The game, then, is seeing where they go from that point.

According to the Introduction section of TTB

“ . . . adventure in a grand fashion, with all the trappings of classic science fiction: giant star spanning empires (good, evil or both) huge star fleets, wily interstellar merchants (or pirates, depending on your point of view) complex diplomatic maneuvers, larger-than-life heroes, heroines and villains.”

And of particular importance is this:


"[Referees should] adjust the complexity of their universe to their own and their players' abilities, gradually moving upward in complexity as more expertise with the games' systems is gained."

High Level Play happens when you, The Player, are well versed enough in Traveller as a game to accomplish the complex task of HLP. What are these systems? The TTB lists them as follows:

How can you use these systems to reach HLP?

Character generation – Look at the rolled UPP and choose a career where good stats can be leveraged for advantage. Using the Experience rules to gain skills to round out a character or party's skills. Having a broad base of character skills to avoid skill gaps. Learn how to trade between better skills and aging-reduced attributes.

Animal Encounters – beyond simple Bug Hunts, find ways to take social or economic advantage of the creatures that are encountered. Anyone want to Hunt Zardles?

Economics – I did some solo play with a character that wanted to be a merchant prince, but started out without a ship of his own. Within two years of constant buying and shipping and selling, he had enough to buy a type-A Free Trader IN CASH.

Psionics – a Telepath or Clairvoyant can spy on and manipulate NPCs in many ways which can lead to the PC having access to a lot of power.

Combat – Pick the fights you want to have, and know how to avoid the rest. Have clear objectives in any fight; not everything is has to be a fight to the death. Understand and use the factors that can shift the fight in your favor; such as cover, controlling the range, using the right weapon for the situation, getting NPCs to cooperate with you. (Using the Reaction table)

Starship Construction - whether under Bk2 or Bk5, design efficient custom ships. The example ships are great, but familiar. Build something new.

Flexibility - introduce new races, new specific rules like the Stock Market and High Finance JTAS articles, or introduce new tech. The Traveller Tech Level table has a lot of gaps for a reason.

Acquiring Influence
The referee has knowledge of what the rest of the universe (or at least the subsector) is doing. HLP happens when powerful forces in the region take notice of the PCs and suddenly they're on the Watch List of Evil Planetary Government #4. They are considered A Force to be Reckoned With or Someone We Have to Deal With. Nobody said High Level Play would be easy or safe.

There's nothing like being chased by some interstellar version of Interpol or the KGB to add spice to a character's otherwise dull, drab, wretched existence.

Also present are many indicators that Adventure is the foundation of the game, not science.


“Once a player character is generated, he or she continues to live an exciting life of adventure in the Traveller universe.”


A few other observations
Take a look at a different section of TTB - the Vehicles chapter. Included in its brief array of vehicles, besides the venerable and common air/raft are the W/T- AFV, the Jet aircraft and the Destroyer naval vessel. All of these are military vehicles. They require crew (on board and at the base) to operate.

Three scruffy PC's out doing odd jobs for patrons aren't going to want these vehicles. Armored vehicles work best with supporting infantry. A PC who wants these vehicles needs lots of cash to acquire them, and a support team to operate them. These are the seeds of HLP. Once that's in place, what can you do with them? You can become a private military contractor, or in game parlance, a Mercenary.

Look over at Book Four, Mercenary, there are means to accomplishing High Level Play. On page 28, in the section on Recruiting, the rules discuss organization of mercenary units at Battalion level. Battalions are composed of around 500 soldiers. Wtih a battalion sized unit, the PCs could potentially find themselves as the dominant military force on a world, if the world has a small population.

Book Four doesn't have any rules for employing vehicles (a la Hammer's Slammers) but there are 'house rule' sets out there (check out Omer Golan-Joel's blog) for running armored vehicle combats.

Then there is a discussion of units above Battalion level. “Players thus have a great deal of flexibility above battalion level.” “As a general rule a unit should consist of no more than tree to five sub-units.”

Three or four battalions make a Brigade, so could a PC General find himself in charge of 2,500 soldiers? Yes! Another thing is this: in my first post about High Level play I noted that a lone PC with Battle Dress and a Fusion Gun is only powerful on a personal scale. What about that PC General, if he commands not one, but 2,000 Fusion Guns? Now that's power that can be projected.

And then there's the entry on page 48 under Field Artillery, for the Meson Accelerator: “All targets within the burst radius of the meson accelerator [50 meters] are destroyed.” No damage throws, no saving throws. Yikes! The combination of large quantities of manpower and the frightening effectiveness of TL-15 weaponry will definitely make the PC General a powerful person. Yet at the same time none of this makes the PC invulnerable. It is dangerous to lose sight of the fact that NPC can have this tech also.

Book Five, High Guard, does not provide rules for how PCs can get their hands on the large and powerful ships built under that system. But that's no reason for the PCs not to try anyway! A skilled crew may have to start small, but if they work for the right people (Privateering, anyone?) new ships and bigger could come their way. A PC Commodore with a fleet at his command is in a position to make demands of the setting.
My preferred method (even though I haven't accomplished it with any of my PCs yet) is the route of land ownership, and the social rank that often goes with it. The Noble Titles that are part of Traveller's Social Standing are meant for PCs as well as NPCs.

Traveller PCs are not demigods. See Traveller is not a Power Fantasy. Any Traveller PC can snuff it at any time. There are no rules that make PCs special or privileged from mortality. In my present campaign, two PCs were taken out & nearly killed in a space combat and two others were killed (but revived; thanks to TL-14 medicine!) in firefights.

Where am I going with this?

Why discuss all of this?  Because in thirty years of playing RPGs of many sorts, I have never found a big treasure, owned a starfleet, run a planet or even a continent. Never shaken up the setting by changing out a government, ending or starting a war.

When I used to play that other RPG, I never had a character or campaign last long enough to rise out of the lower levels. So I have no experience with that level of play.

Most of my play has been episodic, on-the-spot adventures and just trying to make a buck. Rarely anything that made a difference in the setting. It's been fun, sure, but I can see they way that this different style of play could also be a lot of fun. I want to try it.

This is part of why I'm enjoying refereeing my current game group of my sons & their friends. They started out chasing a notorious pirate that I made up to get them going. Now they have plans to liberate Kemasiik, a planet with a Captive Government from VanGoff's World. The Empire may or may not approve of this action, the VanGoffs certainly won't and they could all get killed. Or they end up being heroes of the subsector. I should have statues erected in their honor.

They've got allies on the planet, they've met the Governor-General who runs the captive government and hate his guts. So far he doesn't know that they're working against him, but he'll be plenty mad when he does figure it out. Gonna be some serious fireworks. And a whole lotta fun.

And isn't that the point of this anyway?


Top Image by Thomas Budach
Second Image by KELLEPICS
Posted by Robert Weaver at 8:56 AM