Ah, the Steward. The Dump Stat of Traveller skills. Even less popular than Jack of All Trades. Why is this skill here? Here's the skill description from TTB:

The individual is experienced and capable in the care and feeding of passengers: the duties of the ship's steward.

The responsibility for the welfare of passengers aboard a starship falls on the ship's steward. Although anyone can be hired as a ships' steward, this skill represents training in the various duties necessary, and serves as an advantage when attempting to get such a job.

Referee: Steward skill represents a general awareness of cooking, personal care and attention, and other areas of experience which will make passengers and crew happy and content with their conditions of passage. 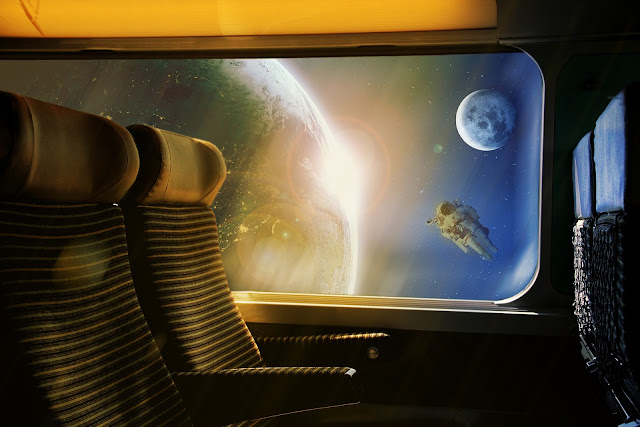 The key to the importance of Steward skill is found in Book 7. IMHO, this should have been included in the Book-1 description of Steward.
In the skill description on page 30, it states "in addition . . . DM +Steward skill is allowed on the Passenger Table for High Passengers."
Let us say that the ship is at a POP-6 planet. On the table this calls for a throw of '3D-2D'. Average throws for both would make this 10-7. This means a massive three high passengers. Now add into the mix a Steward with Steward-3. That's +3, so now it's six high passengers.
Just by being there, the Steward has netted the captain another 30,000 Cr. That happens each and every time they open up for passengers. Even with a Passenger throw that totals zero (negative results make no sense) that Steward-3 will still pull in 30,000 Cr worth of paying passengers. No skill throw, no complex negotiations. It just happens. THAT is a useful skill. THAT is Money in the bank.
Let's look at some more interpretive ways of doing this, shall we?
Getting quality "life support" at reduced price: Streetwise or Steward, 8+
Organize a shipboard gambling event: (honest) 5+, DM Steward skill. If the Steward has Gambling-1+ as well, it could be a dishonest game. Same chance of discovery of the 'fix' as with a PC.
The Referee will throw to win for all NPC gamblers. Referee also will make Reaction throws for all participants. Very negative reactions could lead to trouble, like what happened in Aces & Eights.
If there is a shipboard emergency, the Steward is responsible for ensuring passenger safety. The Steward should also be part of (or the whole of) ship's security. Stowaways, thieves and hijackers are a threat to the ship and its crew, how will the Steward respond? There could even be a Murder in Jump Space (someone should write that novel)!
The Steward can be involved with encounters with Patrol and Customs vessels. Combine with Bribery skill, and the Steward can run smuggling operations, maybe even without the Captain knowing about it!
The Steward can interact with the High & Middle Passengers. Make a roll for a Patron Encounter, and for Rumors.  Substitute the Steward skill for Carousing on the Patron throw; add it to the Rumor throw. Stewards who get good Reaction throws from VIPs on board can record those contacts, and come back to them at a later time when the PC's need some help.
Rumors could point the PCs towards adventure opportunities, or some bit of Trade & Commerce they could profit from. The Referee can pick a trade good instead of rolling randomly; something that could be gotten on the cheap at the next port of call.
If the group is going to hire NPC's as support staff or extra crewmen, the Steward should be in charge of them. Remember the description mentions keeping crew happy, too. If the Referee employs a Loyalty score for hirelings [See TTB, page 20], Steward skill will influence it in a positive direction, at least in non-crisis, non-adventuring times. It may also spot when the Loyalty is trending negative.
Put another way, Steward is the skill of Hospitality, or serving. Religious PCs, particularly Christians whether lay or ordained, could take at least zero-level in Steward as part of their training. A wandering Brendanite Monk might take up Working passage as a steward.
In my own gaming experience, very little if any of what I mention here has happened aboard ship in flight. This tells me that my game could do with some additional depth of detail, all courtesy of a skill that I've often overlooked. Even after 30+ years of Traveller, I still haven't done everything this game can do.
Image courtesy of Pixabay
Posted by Robert Weaver at 4:48 PM