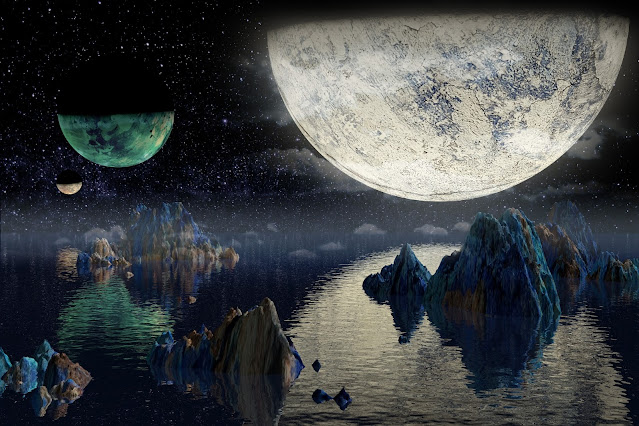 I did up a table to compute the square miles of surface area on planets in Traveller. By taking the Size code and cross-referencing with the Hydrographics code, you can find the land area of any planet of normal parameters. It may be water, it may be ice, it can be some other kind of liquid.
Here is a sample of the table, including a few Earth examples for comparison. The entire table, in MS Excel format, is available here.  The long and short of it is this: any planet is going to have plenty of room for exploration, or to hide something or someone. Even a Size-2 planet with Hydro-5 has space near to the size of Russia to work with.
Of this area, only a scant percentage is going to be inhabited, unless A) the population is in the Billions or above and B) most of the planet is covered by liquid or ice. A planet with only a few million people is going to be 90+% uninhabited.
What might go on in the frontier areas of a lightly populated world? Possibly a lot.  Share your ideas in the comments.
Posted by Robert Weaver at 5:41 PM