House Rules on Hand to Hand

First I had an idea. A question, rather. Why can't a trained fighter (Brawling-1) knock out an 'average' NPC [UPP 777777] in one round? Hands do 1D damage per hit, so the maximum is 6. This is one short of reducing a stat to zero via the First Blood rule and getting a knockout. For Rule of Cool reasons, I want my PCs to be able to do this.

Then I shared the idea on the Citizens of the Imperium forum, and Classic TravellerFacebook group.

Then I sat back and listened.

I came away with this, which will now be the Way We Do It in my games.
Any skilled character engaging in hand-to-hand combat, either armed or unarmed, has two possible DMs. The first is the Advantageous Strength DM, found in the combat charts, and the second is the character's skill level with the weapon chosen.

In the past I have taken both of these and applied them to the throw To Hit. The New Rule is this: the player (or referee) can choose to apply these DMs to either the To Hit throw, or the Damage throw on a successful hit. So now my trained fighter can roll 1D+1 for damage, and has at least a chance of getting a knockout blow. If the fighter has STR 9+, there is an additional +1 that can be added to the damage throw. If the fighter has STR 13+, it is +2.

This represents a sacrifice of accuracy to put more power behind the blow. 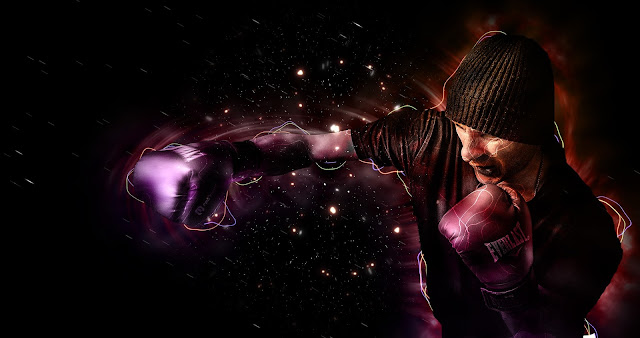 This new rule does not change the existing rule that a skilled fighter can apply his skill level as a Defensive DM, to make it harder for his opponent to hit.


All Brawling and Blade weapons are muscle powered, so these also can adjust the damage when wielded by a strong character. Picture an Ursa with STR of 16 or 18 carrying a Broadsword (4D+2)! 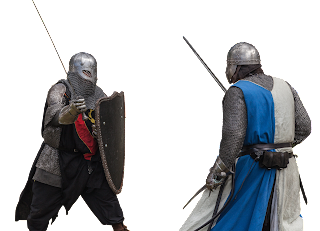 The men-at-arms are trained enough to avoid penalties, but have NO DM either for attack or defense. The militia men fare even less well. On the attack, they face a DM of -5 for lack of skill, and when defending, they give their attacker a DM of +3. Ouch.

I had not realized that Traveller had a “Mook rule”.

This is 3 out of five NPCs down, so it’s time or a morale check. Referee throws 5, a failure, and the surviving mooks run for it. Fighter R wins!

The flexibility with the skill & STR DMs is nice chrome for PCs, and perhaps a few important NPCs. It will not alter the circs for mooks/cannon fodder/red shirts/stormtroopers. I have not used the Unskilled rule with the opponents my players usually face; the NPC opposition has always been about as skilled as they are. With the Unskilled rule thugs, flunkies and startown riff-raff are much less of a threat. Maybe that's a better situation. More fights are possible when the threat level is lower, which gets the players more skill in handling combats.