Crew of the Bonaventure

May is cleanup time here at the AF3 blog. I'm perusing my files for post drafts, finishing them, and putting them up. It's going to be a mixed bag, I suspect.


The US Merchant Marine ship Bonaventure is registered in New Maryland.

Captain Hammilton has dreamed of running his own starship since he was a child. He was level-headed enough to see that more than dreaming was required. He took every opportunity he could to learn about merchant operations and taught himself how to be successful. Once he felt he was ready, he left his job and bought his own ship. He is very aware of the debt burden he’s put himself under but it keeps him focused on succeeding.

Quote: “You have two choices. One, realize that I’m in command here and get in line. Two, get your sorry ass off my ship. You have one minute to decide.”

Derek has been piloting since he was 18. He has piloted everything from yard tugs to heavy cruisers. Bonaventure is an easy assignment for him. Mostly he took the job to work with his cousin Jason. He is orderly, efficient and confident. He reads a lot and always is looking for new ship types & classes to add to the catalog he is writing.

Quote: “This crate is easy. You should have seen the panel on this one destroyer I was on. Talk about inefficient.”

Saratoga was not at the top of his class in the Academy, but once actually aboard ship, his natural talent took off. He is now one of the top American engineers. He designs & re-designs ship systems for fun. This makes him a bit hard to work with, as he tears systems apart without much regard for who else might need it. Also he has trouble explaining what he is doing in simple terms for the non-engineers.

Quote: “Just trust me. When I get done with this, you won't believe how much better it works.”

Phan is not the most talented assistant engineer. His grasp of theory is sketchy and his talent is average. Given decent instructions, Phan will follow them exactly, and stick to his work until it gets done. He is a model of quiet, steady efficiency even if he has no idea why he is doing what he is doing. He relaxes by consuming histories and biographies.

Quote: “OK, Al. I’ll get right on that as soon as I finish this chapter. What is it again?” 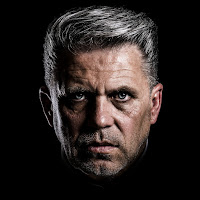 Shane is big, and appears very surly and harsh. This is because for the most part he is surly and harsh. He has clashed with every captain he ever served under, which is why he’s still a ‘deck hand’. His assignments are maintenance and monitoring routine operation. He reports to Al first and then to Stepney, who often needs the captain’s backing to get Shane to cooperate. Shane respects Capt Hammilton, but only a little.

Quote: “Do you know what bulkhead tastes like? Wanna find out?”
Weapon of choice: combat shotgun 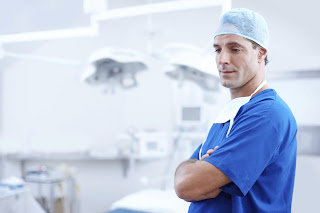 Dr. Gabriel works with cat-like, lithe movements. He has a philosophical bent, and is a student of planetary cultures. He seems to be in search of truly civilized people. A surprising side hobby of his is building and repairing internal combustion engines. His goal is to build them with greater mechanical efficiency.

Quote: “If we can get a complex machine like this to run at 80% efficiency, why not people?” 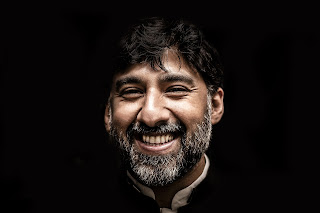 Stepney is a ‘live-wire’. In his own words he has a ‘preference for action.’ He is a good team player, motivating by personal example. He often dives in before he is ready. He is very social and is fond of games, particularly ones that call for thinking on one’s feet. As ship’s steward, Stepney manages the care and feeding of passengers.

Quote: “Point me in the direction of the fun!” 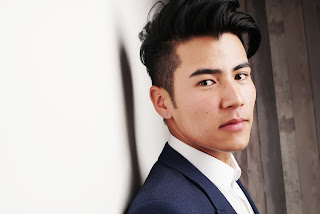 Andrew worked a typical interstate shipping route in the Americas. He is unexceptional but for his talent at finding things at discount prices. His voice is very flat and expressionless, and he avoids all physical work. He does play games with the other crew, but will do so in near-complete silence. He is usually addressed as ‘Sparrow’, but Ian has gotten some of the crew calling him ‘Ace’, a play on his initials. As purser, Andrew handles the ship’s finances.

Quote: “I’ll have that for you in an hour, Captain.”

Duck is a hard-headed no-nonsense Marine who appreciates order and hard work. He will relax when not working, and prefers to linger over food and drink in good conversation. He works hard and expects the same from his crew mates. He will not stand for bullying or rudeness, and has never hesitated to make his point with his fists. Duck is head of ship’s security, and takes charge of the whole crew in a battle situation.

Quote: “Get your sorry carcass moving! A little hard work never hurt anybody, but I MIGHT!”

Seth is competent at his job, but does not ‘play well with others’. He is often inconsiderate and abrasive. He gambles, but not well, and as a result has sometimes welshed on debts. His behavior resulted in negative performance reviews in the Navy. This is why he never rose past lieutenant. Capt Hammilton is aware of this, but sees some potential in him, at least enough to keep him aboard.

Jack is cooperative, loyal and a team player, except on one subject: women. Capt Hammilton has to keep a close eye on Riggs whenever they are in port, as he frequently gets into trouble. He might spend all his pay to impress women or get into bar fights over them. More than once he has almost missed takeoff because he waited until the last minute to tear himself away from his ‘love of the moment’. He has even gotten between other crew and their dates, with some lingering bad feelings. When he is not thinking about women, Jack revels in various forms of vehicular racing.

Quote: “No, really guys. This girl is special.”

Farago-class Frontier Merchant Bonaventure
Using a 400-ton hull, the Farago-class Frontier Merchant is intended for trade. It mounts Jump Drive-D, Maneuver Drive-D, and Power Plant-D, giving performance of Jump-2 and 2Gs of acceleration. A 100-ton fuel tank provides fuel for the power plant and sufficient fuel for 1 jump-2. Adjacent to the bridge is a TL-15 computer Model/4. There are 22 staterooms and 10 low berths.

The ship has 4 hardpoints and 4 tons allocated for fire control. Installed on the hardpoints are 1 double turret, and 3 single turrets with 3 beam lasers and 2 sandcasters.

There is 1 ship's vehicle, a 20-ton Launch. Cargo capacity is 113 tons. The hull is streamlined.
The Frontier Merchant requires a crew of 11: 1 pilot, 1 navigator, 3 engineers, 1 Medic, 2 Stewards and 3 gunners. The ship can carry 10 passengers and 10 low passengers.