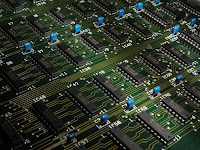 Major corporations in the Corridor

Three of the Empire's ICOs are present in the Corridor:
These all engage in drug sales and smuggling, prostitution, gambling, black markets, illegal weapons transfers, suborning/corrupting officials, protection rackets, etc. They are all in direct competition with each other, and with MK-203 (see below)

Some of the (crackpot) political groups that have moved into the Corridor are:

Imperial Victory Foundation: they want the Empire to directly annex the Client States

Popular Freedom Society: they want the Empire to withdraw from the Corridor, and stop controlling the Client States

Social Progress Council: they want to repeal all laws regarding personal behavior

Talavera First! Party: they are trade protectionists, and are aggressively anti-LTP. T1! Doesn't care about political control; they want a trade monopoly for the Empire.


Pact for Peace: they want the Navy to disband, to encourage the Corridor states to 'all get along'.


Lykosky Trade Protectorate: The LTP operates a fleet of small to mid-size bulk carriers that transport goods around the Corridor. They have regular stops on Lanzhou, Stavanger, Dekalb, Narok, VanGoff, Mavramorn and Cadawala.

Goodluck Shipping, Ltd. Based at Ferrocore, an Imperial shipping line with 8 vessels in the 1-5ktn range.

Ferrocore Mining and Metals (FMM) Operating in the Ferrocore belt, they are simply the largest belt mining firm there, not the owners or the government. They have 3 ships of 2Ktn+ which transport bulk ore to other systems.


MK-203 is a criminal enterprise involved in:


The organization has bases in these systems which have little ability to patrol their own space.


They have many ships and control the movement of many other ships. They use these ships to move stuff quietly, and bribe lots of customs officials to keep things off the record.

Posted by Robert Weaver at 2:26 PM