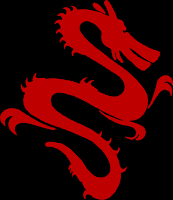 
It took me barely a minute to read this mental checklist, and yet it covered enough for Bond to formulate a plan for how he would seek out a direct encounter with the villain. In an RPG this packet of data provides a lot of ways that the PCs could proceed in locating, meeting or countering the villain. At the same time, it revealed nothing of the villain's current plot. It gave hints, leads to pursue, but no magical insight into what the villain was up to.

In a gaming situation, the same information could be provided to the players by way of a briefing, by a handout of a law enforcement or intelligence agency dossier, or a news media story on the villain. Both patrons and Rumors can introduce the villain, and give the PCs a reason to spend the time trying to track them down.

What would this look like in Holtzmann's Corridor?  Let us suppose that the PCs are freelance agents working for Imperial Navy Intelligence, on some assignment that needs political deniability. The NI officer presents a briefing, with the Far Future version of Microsoft PowerPoint, as follows:

"This man (shows still image) is your target. His name is Gadolpho Baran. Former national police force of Kemasiik, he was at one time their chief investigator of business fraud. It seems at some point he went into business for himself, starting off as personal security, but he expanded into targeted killing. He is currently the primary suspect in eleven political murders. He appears to be motivated by profit rather than by ideology, except for one thing. All of the victims he's connected to were revealed to be having extramarital affairs. Baran may have chosen the time & place for the hits to specifically expose the infidelity. We've talked to sources who say he's turned down jobs where the target was either unmarried or a faithful spouse. Most recently he's the lead suspect in the death of this man, Heinrick Shui, (shows video footage), an Imperial minister at the Consulate on Dekalb. You can see here that Shui fits the profile for Baran's work. This is the first time he's attacked an Imperial minister, which is why we're getting involved. He has been declared outlaw on all Imperial and Imperial-allied worlds; to be captured dead or alive. We'd prefer him alive, to find out who ordered the hit on Shui. Embassy and Consulate security has been informed throughout the Corridor to be on watch for him. They've provided intel to indicate he's retreated to Narok. Officially we can't touch him there, as we have no reciprocity with the Narokians. That's why we need you."

Posted by Robert Weaver at 2:01 PM