In honor of the premiere of the new film Avengers: Age of Ultron, I've teamed up with my son to cast the Avengers team in Traveller terms, again demonstrating that Traveller is flexible enough to encompass almost any genre of fiction & RPG. 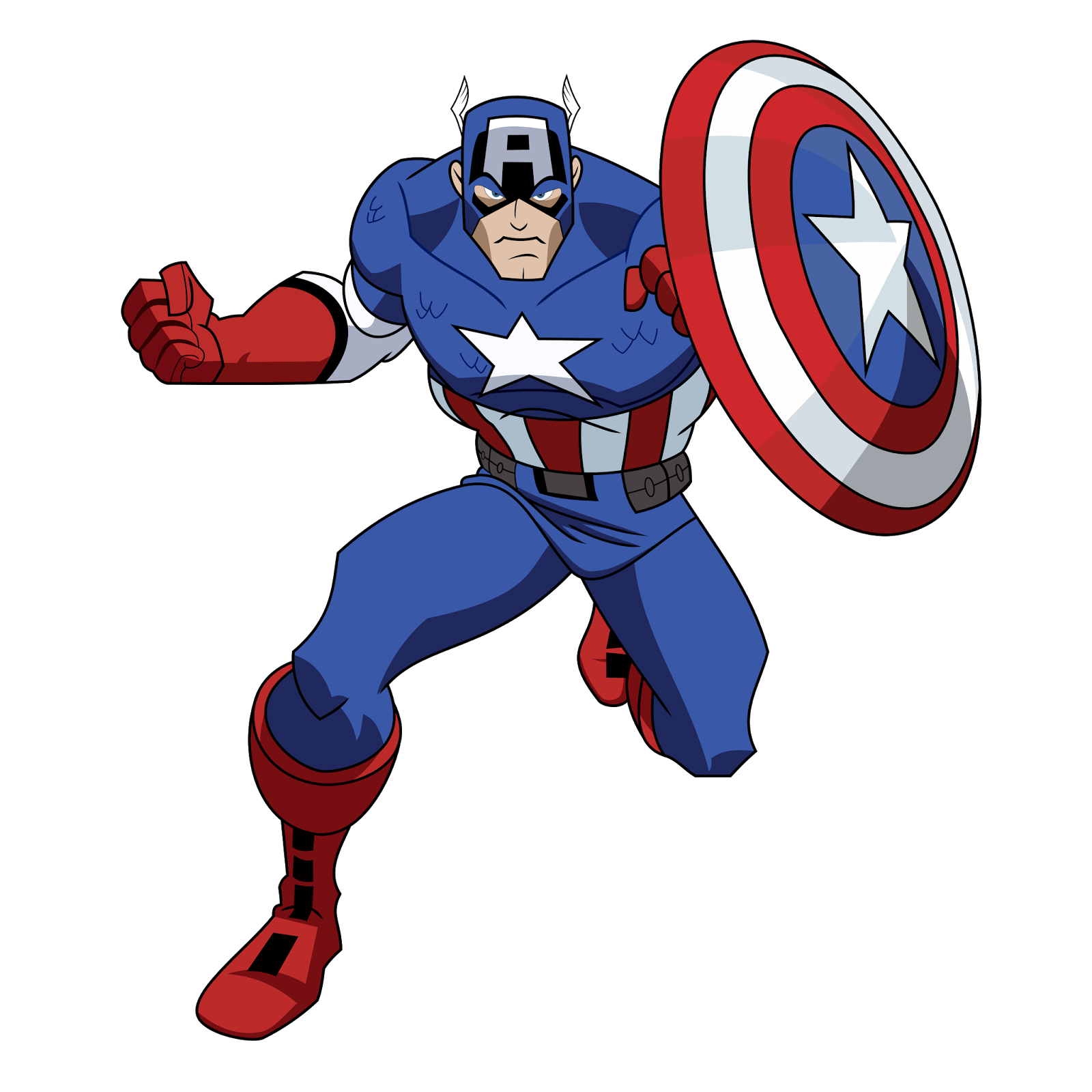 Cap is the ultimate physical specimen, thanks to the Super-Soldier serum. He's bright but not genius, and his SOC is built on his reputation as the All-American Hero. This exchange, from the cartoon series Avengers: Earth's Mightiest Heroes, (season 2, episode 10) sums it up well.

As Cap runs into danger to save someone
Gyrich: “What does he think he's doing?”
Mockingbird: “He's being Captain America!”

His shield is made of an indestructible alloy, and gives him protection equivalent to Battle Dress-2. He can throw it out to Medium range, and can ricochet it off solid surfaces to return to him. For each throw roll 2d. On any result other than '2', the shield returns to Cap. As a brawling or thrown weapon, the shield is a specialized cudgel, doing 4d damage. His uniform is made of ballistic Cloth. Cap gets protection DMs from both his shield and his suit. 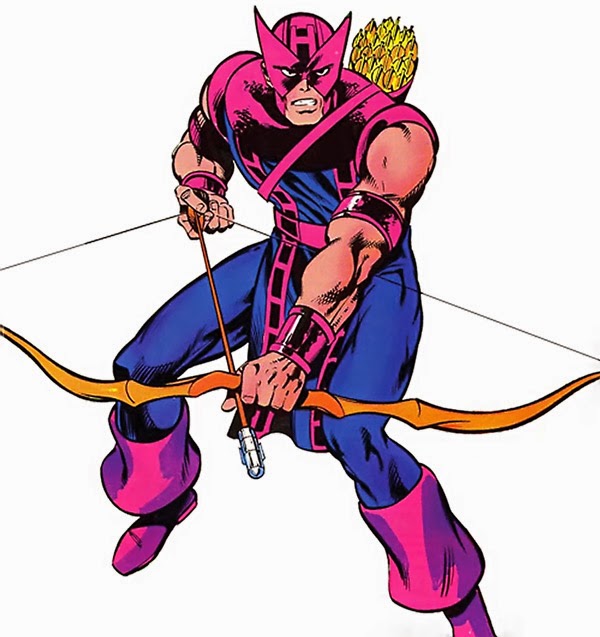 Barton has no 'super powers'; he is a trained SHIELD agent and amazingly accurate with his special compound bow. His special arrowheads can produce any of the effects described in my post on grenades. His suit is made of ballistic Cloth. 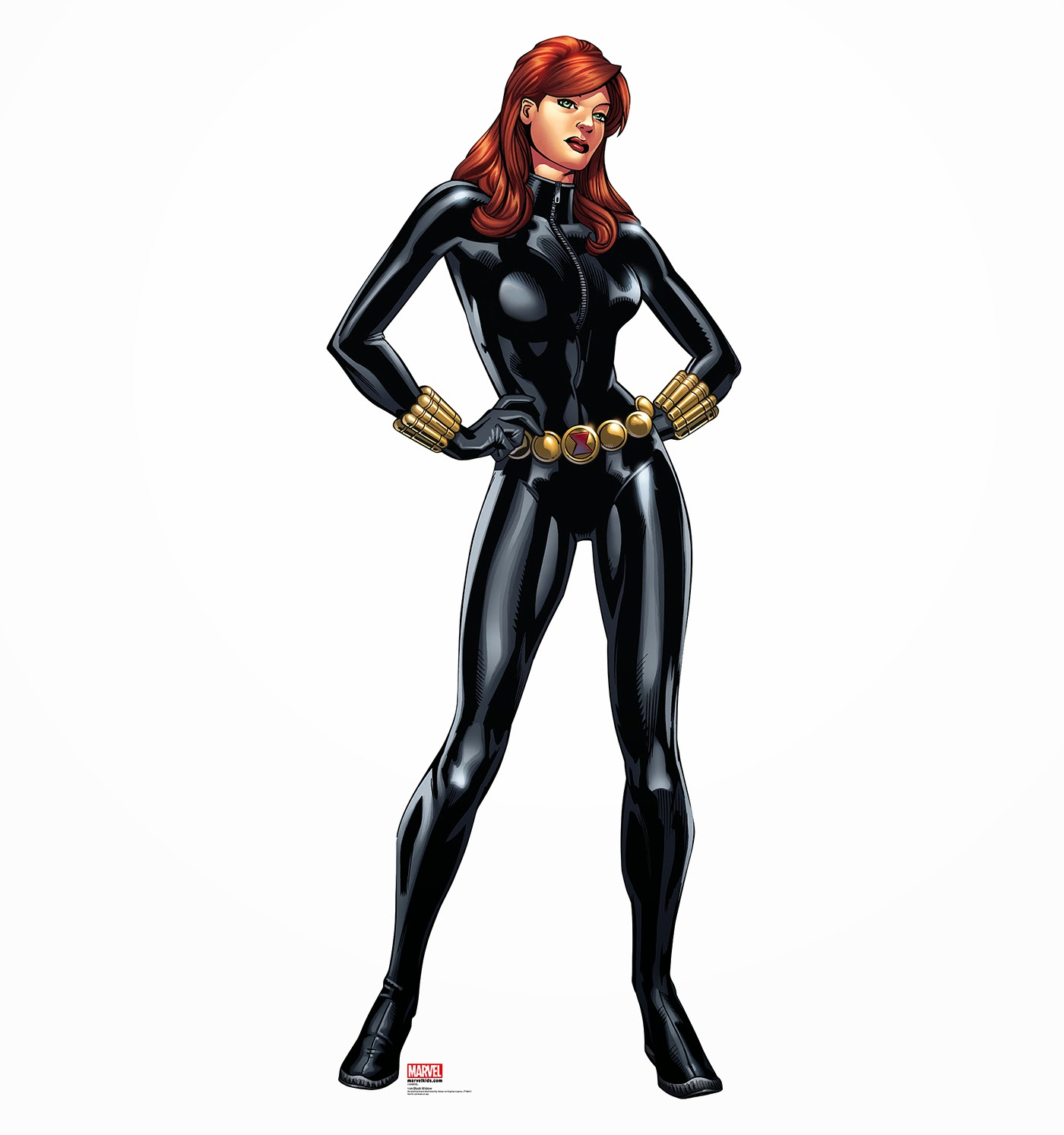 Romanoff also has no super powers. She is also a SHIELD agent. Her greatest talent is getting people to reveal information.

Weapons: 2 Auto Pistols, various knives and brawling weapons. In some instances, she is known to employ a wrist-mounted taser device delivering 3d electrical damage on a successful attack. Her suit is made of ballistic Cloth. 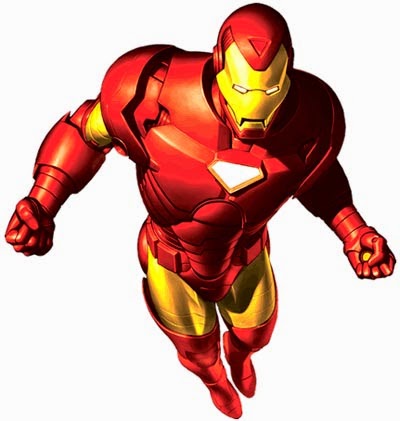 Iron Man (Tony Stark) 777ECD Age 38 5 terms Merchant
Contra-grav-2, plasma gun-1, Mechanical-5, Electronics-5, wheeled vehicle-1 Brawling-1
Taking Tony Stark's Iron Man suits as a whole, discounting individual model perks, he is essentially wearing a suit of Battle Dress, with integral contra-grav belt. However, the fact that he's built this at TL-8 instead of at its introductory TL of 13 (that Far Future thing) makes it extraordinary. Physically Stark is not that impressive; but he's super smart, has a load of technical education, and is one of Marvel's richest men.

The Iron Man armor includes JARVIS, Tony's AI system which serves as his sensor & comms operator. With JARVIS active, Tony has access to all standard Traveller communication and detection gear (IR/UV, etc) except for Meson technology. JARVIS also allows Tony to fire up to 4 times a round at 4 independent targets, without a -DM. If Tony is unconscious, JARVIS can pilot the suit out of the danger zone.
Weapons: Repulsors: as PGMP-12 Mini-missiles: see Grenades. Laser: as laser rifle.

Thor Z7Z7BF* Age ? Noble/Barbarian/?
Thor Odinson is hard to quantify in Traveller terms because he's an immortal demigod from another dimension. Traveller is not set up to deal with super-hero scales of physical ability.
Unarmed Cbt-3, Cudgel-5, Leader-3, Tactics-3

His hammer, Mjolnir, is a specialized cudgel (closest analog to CT combat tables) of a metal unknown to OTU science, which only he can lift. So far. In his hands it delivers 8d of damage per hit. With it he can 'leap' over great distances, by throwing the hammer and letting himself be pulled along. He is able to employ it as a defensive shield, providing protective Dms equal to Cloth armor or Reflec, whichever is better. Thor himself possesses natural resistance equivalent to Battle Dress. The two armor layers compliment.

Banner/Hulk are the worst split personality you can think of. Banner is a genius scientist trying to stay calm, the Hulk is all rage and motion. At the end of the first Avengers film it is suggested that Banner can 'call up' the Hulk when he wants to, but almost never does.The Hulk also has natural resistance equivalent to Battle Dress-2. 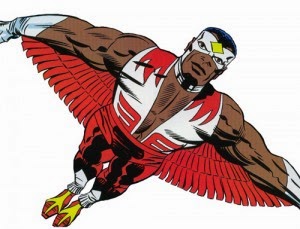 Wilson also has no 'super powers'. His contribution is his skill in flying with his Falcon harness, which I will treat as a TL-8 version of a grav belt.

Having fought alongside Cap and Black Widow in The Winter Soldier, Sam Wilson showed he's got the stuff to be an Avenger. In the comics, Falcon is one of Cap's closest friends. He's an army veteran with combat experience and isn't afraid to do what's right.

Note: taking a cue from Bk8:Robots, I've extended the UPP scale which normally stops at F (15) out to Z (1000) to represent the enormous physical power of these two characters.
Posted by Robert Weaver at 8:35 AM