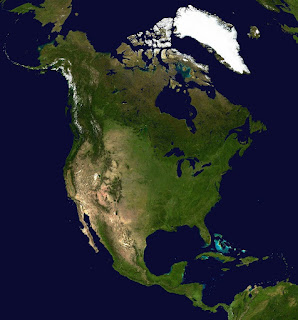 There is also the issue of planets having day/night cycles which limit visibility on the ground. Weather or atmospheric composition may also inhibit or prevent sats in orbit from seeing the ground clearly. Vegetation (trees!) or other surface features might obscure ground targets. Even shadows of large objects can hamper identification. A planet like our Moon, with little or no atmosphere to diffuse or scatter sunlight will have deep dark shadows.

<Random dig> In the Star Trek shows and movies, the Enterprise can arrive at a planet, settle into a ‘standard orbit’ and a few minutes later have a report ready for the Captain about what the planet is all about. This is not scientific; it is magic-tech and a plot convenience. A few minutes work to analyze millions of cubic kilometers of atmosphere for composition, temperature, weather and everything the plot needs to keep rolling along.  <Random dig over>

Having said that, as Tech Levels rise, the capability of orbital satellite surveys should improve as well. First, however, will be reductions in base costs and in mass of the satellite, and improvements in endurance. Other areas of improvement might be counter-measures and self-defense for the sat; ability to scan for multiple types of emissions or signals; better clarity or granularity in scan results or imagery. As long as the sat does not cross over into magic-tech (whatever that means in YTU) upgrades can be sought and used.  The fancier the detection gear the higher the price, though. 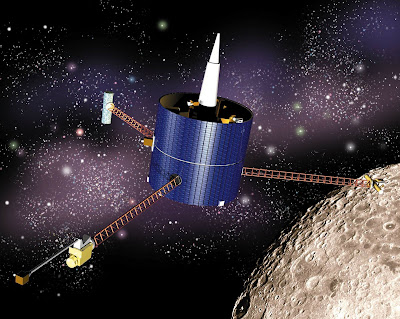 Scanning the planet to catalog its physical composition has its own issues. Even assuming that a sat in orbit can detect, by “high tech” means, the presence of useful metals and minerals, it will be a long slow process because of the planet-sized volume of mass to scan through. A general query of “give the mineral composition of that mountain” is asking for an analysis of millions of cubic meters of mass.

What specific things should be scanned for?  By what means will they be detected, and distinguished from all the other stuff down there? Where should the scanner look? A continent-wide scan may not tell any more than “somewhere between this horizon and that one, you’ll find some amount of the thing you are looking for”. If the sat scans a smaller area, then the number of such areas to look at increases exponentially, and so does the amount of time required. How deep into the surface can/should the scanners ‘look’? What concentration or magnitude of deposit should return a ‘success’ on the scan?

What is to be done with these observations?

I say this to make the case that exploration in Traveller is a viable course for adventure (the point of the game). If the planetary government (PG) or a megacorp wants to know where the exploitable resources or the bandit headquarters is, they either must wait 5-20 years for the survey sat to do it, or put teams of Travellers on the ground/near the ground with sensors and equipment to get detailed studies of particular areas.

Looking for people on the ground has even more complications. People on the ground may not want to be found, so they will take measures to avoid that. Measures like camouflage, decoys and moving their equipment to defeat the observations of the local government. NPCs on the ground might even use scanners of their own to locate the sats in orbit, and then take direct action to knock them out. Lasers come into use at TL-7 and get better from there. Air/rafts can, according to TTB, make it to orbit, so NPCs can attack sats directly. How to defend against such attacks, to say nothing of random space debris, is yet another layer of complication in using satellites.

Checking up on or repairing or retrieving survey satellites can be jobs for PCs as well. Taken from the other end, PCs could be hired to hinder/neutralize satellites belonging to the patron's enemies. A pirate base, or smuggling group operating in an ungoverned space on a planet might not want spy-sats looking for them. 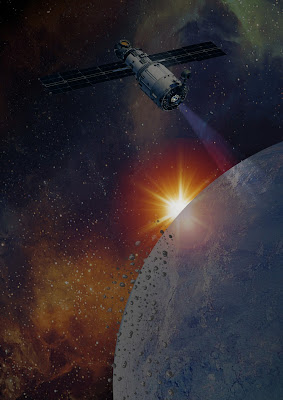 Suppose that lanthanum is a valuable metal for industrial purposes. Suppose that some high tech means is available to detect it from orbit. The company or the miners put a sat in orbit around a subordinate world (link to blog post) and wait five years. The result is “yes, in this and this and that hex lanthanum is present”. At that point survey teams land on the planet with some more precise gear and go to work finding the specific deposits.

Extraction is a business, not an adventure. Let NPCs do the mining, while the PCs handle the weather, terrain, animals and bandits on the ground. As well as the corporate spies, saboteurs and claim jumpers who want to prevent the PCs or their patrons from succeeding.

The possibilities for adventure are as wide as the worlds.