From Front Office to the Frontier - the Bureaucrats Career

Adventures in the Office? Or maybe more than meets the eye? 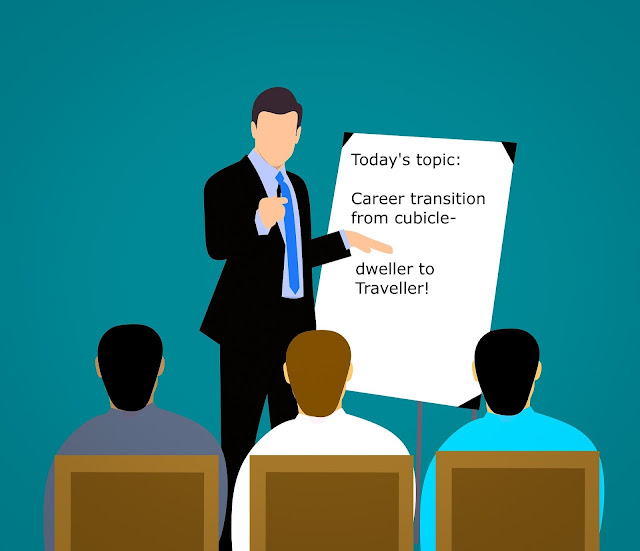 
“Individuals serving a government or organization in a management or executive capacity.” From The Spinward Marches Campaign version of the COTI careers. In the Supplement book we find the same. The only useful addition is from the pages of sample Bureaucrats: “They are assumed to have mustered out of their particular bureaucratic service and have embarked on some sort of activity within the universe.” [As opposed to outside of it?]

I have long regarded the Bureaucrat career as a placeholder. Something to round out the COTI tables to a multiple of six entries. Paper-pushers at the Department of Redundancy Department. Why would anyone from this background become a Traveller?

The usual answer is “they got bored with the desk job.” I suppose that serves well enough for now. I cannot think of any examples from adventure literature of a cubicle-dweller deciding to live a life of Adventure, except perhaps as a comic relief or buffoon character that the actual heroes have to protect. If you know of a good example, please share in the comments!

Let's take a look at the nuts and bolts of the Bureaucrat career.

Enlistment: 5+ (83%) plus DMs for EDU8+ and STR 8-. This is the only career that grants a DM for a physical stat below a target level. Pretty low bar for entry. Education is the key characteristic for this career. It pays to know stuff.

Survival: 4+ (92%) with a DM +2 for EDU 10+. That's a high threshold, but it makes survival 100% guaranteed. Only Nobles, Diplomats and Doctors have an easier time surviving their terms.

Position (6+; 72%/83%),with SOC as the DM, again not a very high bar. Intelligence is the DM for Promotion (7+; 58%/72%). Even those of modest ability can get ahead with the Bureaucrats. The target numbers are typical for the other COTI careers. With the high likelihood of multiple terms in this career, high rank should be common.

Bureaucrats must reenlist if the reenlistment throw is made. So you have to get thrown out of the service. Why is that the case? Is it just something to make them distinct from other careers? In Supp:4, the rule is the player must throw reenlistment or higher (3+, a near certainty) in order to leave the service before retirement. That's in effect the same as the mandatory reenlistment for rolling box-cars. Retention until retirement is emphasized.

Bureaucrat PCs are going to be older, on average, than other PCs. 5+ is not hard to make (83% successful) with forced re-enlistment. Note also that serving more terms means a deeper skill tool-box. Of the 40 bureaucrats in Supp:4, the average number of terms is 5 (4.55, with rounding).

Skills! This is a real grab-bag. Administration is the theme that ties the skill tables together, while still covering a surprising amount of ground. Bureaucrats can get:

I think Trader, Broker, Forgery, and Bribery would make more sense. As I've done for the Noble career, an alternate set of skill tables would be an interesting variant on this career. Yet, the given set of skill possibilities can produce Travellers just as capable as those from the Scouts or Other service. Perhaps I've been unfair to this Career choice.

Bureaucrats are in the middle of the pack with severance pay. The money is both better and worse than Scientists, Flyers and Sailors. Worse because of the two 'no money' slots on the Cash table, better since many Bureaucrats will be Retired and can get the 80K payout. The retirement boost also makes the 'no money' slots easier to avoid. Benefits are . . . poor. High rankers can get a SOC boost, which is useful. Pre-paid passage vouchers are okay, but there are no physical benefits available except The Watch.

The gold watch as a retirement gift (when you get forced out of the service) is just about a slap in the face. 50Cr? Gee, thanks Acme Corporation! It is possible, with bad die rolls to end a 5-term career with no money, no travel options and a 50Cr watch. THIS would call for a story - “What did you do that got you fired so badly?”

Who are Bureaucrats? What kinds of jobs? 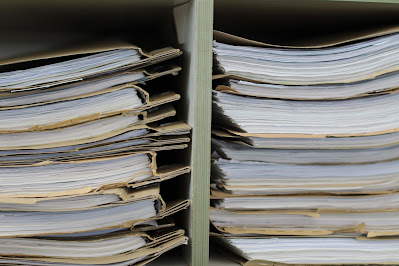 Rank titles are all very office-worker-y. Clerk, Supervisor, Manager, Executive, Director. They could be shop jobs, but this is not suggested by the absence of Mechanical or Electronics skill. Anything from Passport Control office to corporate headquarters, to the Department of Refuse Management.

Could the Bureaucrat Career be a Joke?

Possibly, except for the potential for unusually high skill levels in Administration.

Flyers don't get 5 slots for Vehicle skill. Diplomats don't get that many for Liaison. Doctors get one more, because well, Medicine is what they do. Bureaucrats, it seems, do Administration. In Supp:4, there are forty sample Bureaucrat characters. Within the first ten is a 7-term Director who has Administration-7. That is crazy powerful. Perhaps even more than Enrique Salazar, my hotshot pilot.

From that same sample of 10 Bureaucrats, the average terms served is 4.7, round up to 5. That's retirement age, and enough time to make it to Director level. Average rank is 2.8, rounded up to 3. That includes two scrubs who never made Position. Average Admin skill level is 2, which I expected to be higher.

I will expand upon the Administration skill in another post, but for now let me say it may be a more effective and powerful skill than it seems at first glance.

Now for my real question about the Bureaucrat career:

WHAT IF the bureaucracy that these wanna-be adventurers work for is the equivalent of the CIA or the Imperial Ministry of Justice? Instead of the Department of Redundancy Department, what if the PCs are operations officers or case officers, running ops and training field agents? Suddenly this career is more serious, right? Let's look:

Intelligence work could explain the presence of Recruiting and Interrogation skills. Gaining assets for the network and getting info out of adversarial agents. Instruction skill means the PCs are training others, so what are they training in? Administration and all those other skills. This includes the combat skills – why should a corporate salary-man get Gun Combat? Field agents need to defend themselves, though.

Carousing and Liaison are ways to make contacts and get information. Intelligence agencies need that too – it's called HUMINT. Vehicle skill is not exclusively applicable to espionage, but can be quite useful. Two slots for improving EDU means the organization wants its members to be well acquainted with the world. In the field, you never know what sort of information will be helpful in maintaining a cover ID, or working a Contact. Computer skill includes hacking – gathering ELINT. Jack of All Trades represents ingenuity and the ability to adapt on the spot, a handy trait for an espionage agent to have.

It makes sense, doesn't it? Argue with me in the comments if you want to.

Posted by Robert Weaver at 9:05 AM