The skill as described in Classic Traveller:

“The individual has led troops in battle or on adventures and is possessed of a knowledge and self assurance which will make for a capable emergent or appointed leader.” 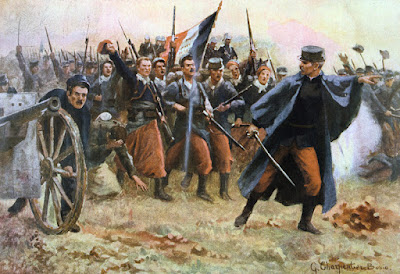 Leadership is a specifically military skill, then. I had long assumed that Leadership was good for any instance of a PC directing NPCs. There's nothing wrong with playing it that way, but that's not what the skill description indicates.

“Leadership is a required ability to control a group of more than six no player hirelings or soldiers. Such a group will tend to obey the general orders of the character with the highest leader expertise. Reaction throws are necessary when the leader and the group first meet. DMs may be applied: +1 per level of leader expertise when consulting the reaction table.

Leader-3 or better is sufficient to allow soldiers to obey orders without hesitation. Leader-4 or better will allow a positive DM when recruiting soldiers or hirelings for adventures. The throws and DMs for such hirelings depend on the situation imposed by the referee.”  This is the only direct reference to hirelings I could find in CT.

I think Leader-4 is too difficult to achieve. I suggest that the positive modifier for recruiting be lowered to Leader-2.

By inference, it is reasonable to ask the PC for a Leadership throw any time that the troops/henchmen under him have to do something of significant risk. Leadership-3 or better can bypass this, by the skill definition.

Who gets Leadership training?

Marines and Army, obviously, but only on the Advanced Education tables. Why not the Navy? Swap out Blade Combat or Fwd Observer for a Leadership slot. From the COTI careers, Barbarians, Bureaucrats, Rogues, Nobles, Scientists, Hunters and Pirates all have this skill.

Now for the really perplexing question: Bureaucrats? Bureaucrats get Leadership, which explicitly states the PC has led troops in battle? No. Just No. Let's face it, the Bureaucrat career is an oddball anyway. Perhaps I should write a Career post on that one.

Because leadership has a specifically military focus in its description, I suggest that all of the non-military careers should drop Leadership and replace it with Admin.

Admin skill, “The individual has had experience with bureaucratic agencies, and understands the requirements of dealing with them and managing them.”, could be described as civic leadership – the PC is familiar with how organizations are run. See this additional paragraph, which I had not really noticed before.

"When serving in a bureaucratic organization, admin expertise allows competency in the eyes of superiors. Apply a DM of + 1 per level of expertise, with the exact throw to be determined by the referee under the circumstances." This too points towards making the group run efficiently, which necessarily includes getting cooperation from subordinates and superiors. 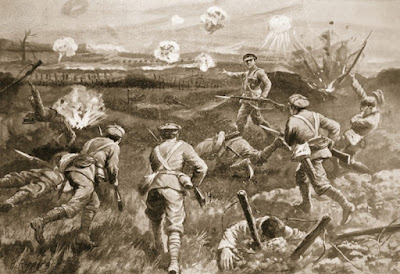 The rule: Roll for morale every combat round, once 25% of a party has become unconscious or been killed.

A leader by being present improves morale to 72%. That fantastic Leadership-4 raises the NPCs to 97% likely to stand. That bunch of NPCs is going to fight to the last man; either for or against the PCs. That's a serious consideration, if you have henchmen backing you up.

Failing a morale check need not mean headlong flight, either. It may be instead the troops freezing in place/seeking cover and being unable to act. Another successful Leadership throw might get them unfrozen and able to move again. Give the leader PC chances to rally his troops or at least conduct an orderly withdrawal. Several failed throws or one really bad failure could mean panicked flight.

By way of comparison, the Admin skill is the social skill within a bureaucratic organization, Liaison is used on the personal level in civilian/non-combat settings, and Leadership is the skill to influence people in combat. To influence people on the broad social level you need the skill Rulership, which was introduced in Sword of Cepheus. I'll talk about that skill next.