Christians have had patron saints almost since the beginnings of Christianity. In this Advent season, I take another look at the Ancient Faith as it may be in the Far Future. 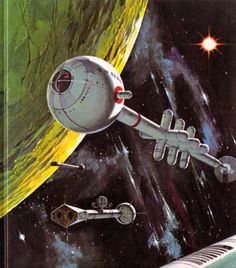 In the Church & Empire setting, there are untold thousands of saints. Many are revered on the world of their birth, or where they upheld the Faith. A small number are venerated across the Church, and of these there are several who are significant to those who travel in Space.
PC crewmen who comport themselves piously in their duties may in times of need call upon their patron for aid. The Referee determines how much of a benefit (usually in the form of a +DM) the PC will receive.

The various Services have their Patron saints as well. That's a post for another day.

All of these that are future saints, and products of my imagination, have taken their names from actual Saints of the Church. It is my hope that these venerated ones do not mind. By their prayers may I too live a Godly life in this world.

I would much enjoy having icons of these saints, but this would be improper. The writing of icons is a calling and a ministry in the Church; I have not been given the blessing to learn this ministry. Instead, let me share some of the saints who are dear to me:

A Blessed Advent and a Merry Christmas to you all!