Other Thoughts on Zero-G combat Skill 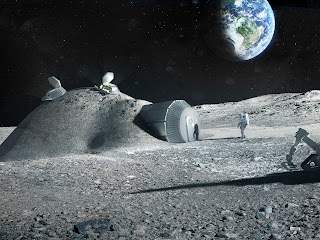 Jeffro, over at Jeffro's Space Gaming Blog has highlighted the Zero-G Combat skill, introduced in Book 4, as an example of the difference between Old School and New School gaming. I understand his point, but I'm not jumping into the Old/New controversy here. I have a different point.

Book 4 takes the Vacc Suit skill and breaks it into three skills: Vacc Suit, Battle Dress and Zero-G Combat. This is not necessary, and leads, as Omer Joel puts it, to skill creep.


“When fighting in a zero g environment any individual ha a chance of losing control of his movement/position each combat round. Roll 10+ on two dice to avoid losing control Apply the following DMS: Firing a weapon: -4. Firing a low-recoil (zero-G) weapon -2. Using a hand hold +5. Striking with a blade weapon . . . or similar: -6. Wearing Battle Dress: +2 per level of BD Skill. . . . Fore each level of Zero-G combat expertise: +4. Dexterity of 9+, +2 Dexterity of 11+, +4. Using a handhold reduced dexterity for the purposes of weapon accuracy by four.
Individuals who lose control may not fire until they have reoriented themselves and regained control Roll 10+ each subsequent combat round to regain control with all DM;'s above in use except that handholds may not be use nor may weapons be fired.”

Note that Book 4 makes Battle Dress skill separate from Vacc Suit, but the distinction only matters if a PC is carrying a PGMP-13 or FGMP-14.

Compare that with the Book 1/Starter Rules:


“A basic throw of 10+ to avoid dangerous situation s applies whenever any non-ordinary maneuver is attempted by an individual while wearing a vacc suit (such as running, jumping, hiding, jumping untethered from one ship to another, etc). DM +4 per level of expertise. When such an incident occurs, it may be remedied by any character with vacc suit expertise (including the character in danger himself ) on a throw of 7+. Dms: +2 per level of expertise. No expertise DM: -4. Battle Dress is a special form of vacc suit and may only be worn by individuals with vacc suit-1 or greater.”

Do you see that having separate skills does not really expand a PC's set of abilities? Instead of two or three skills do the following:


There are probably other skills from Books 4,5,6, and 7 that could be folded back into the LBB's skill list. That's for another post, another day.
Posted by Robert Weaver at 9:09 AM