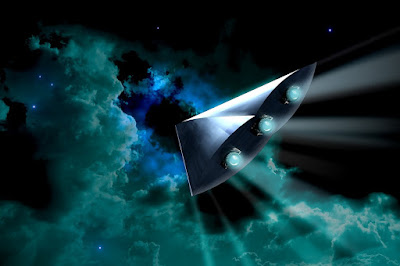 A smooth soprano voice floated out of the comm pad.  "Anya here, Tarrant.  What's up?"

Anya replied as if distress signals were a daily affair. "You got it, Tarrant.” She began at once to reprogram the engineering computer.

Tarrant relayed the question. “Marek, how long until we reach them?”

“They're at 1.324 million kilometers.  At 110%, we need thirty-four minutes to get to contact range. Tarrant, I've got your vector, feeding to your panel now."
The Nth Degree's thrusters glowed blue-white as the ship shot towards the helpless liner.  A few minutes later Dr. Jackson Selker, the chief engineer, arrived on the bridge.  After a career teaching Engineering theory, he bought the ship so he could take this extended sabbatical with his friends. He rubbed the sleep from his eyes and tucked in his shirt as he spoke.  "Have you been able to contact them, Marek?  We'll need to know how bad they're hurt to plan any repair jobs."

"I've had only intermittent contact.  My guess is damage to the communications rig .  Hang on, I'll try to raise them again."   Marek tapped the comm panel. "Lady Caroline, this is Nth Degree.  Are you still receiving?"

The reply was full of static.  "Nth Degree, this is Captain Hodgeman.  I can hear you, but there's a lot of white noise.  What is your position?"

"We're twenty-two minutes from intercept, about eight hundred thousand kilometers.  Captain, I'm handing you over to our chief engineer, Doctor Selker.  He wants a damage report so we can assess how we can help.  Here he is," Marek got up and Jackson slid into the chair.  Marek returned to his nav console while they talked.

Tarrant contacted Kate and Dack and informed them of the situation. “Wally is down in the vehicle berth working on the air car's power unit,” Dack said. “And if I know him, he's playing music too loud to hear anything else. I'll grab him and head up to the bridge.”

When Kate arrived, Jackson waved her over. “Captain,” he said, “Dr. Chiltern is here now. Maybe you can give her an idea of your crew and passenger injuries?” Kate put on a headset and pulled a data pad from her pocket. “Captain, Dr. Chiltern. I think I can guess the nature of the injuries you're facing; I'll need to know how many are on board total, and how many injuries.”

When she finished, Jackson took the headset and spoke to the captain again. He entered data into the engineers’ console as they talked.  A few minutes later Marek heard him say "OK, Captain.  We'll be there as soon as we can.  Hang on, help is on the way."  Jackson looked up as the bridge door slid open, to see his wife enter.

Dack Hollingsworth and Wally Sostus arrived along with Anya.  Jackson toggled a switch and a screen lit up with an outline-image of the Lady Caroline.  Everyone except Marek gathered around, sitting on chairs and consoles.  Marek stayed at navigation, fiddling with his calculations.  "Eighteen minutes to intercept, Tarrant. In three minutes you have a course change to line us up behind them. And I just raised the starport.  A Navy recovery ship is on the way, but they're at least another thirty minutes out.  We're still the only ship close enough to assist."

“The Lady Caroline is a civilian liner, double-headed cylindrical hull form with stub wings fore and drive pods aft.  She’s not big as liners go but still out-masses us by five to one.  They report an asteroid collision on the port side aft, and a resulting explosion. It might have been from fuel ignition or from the vehicle bay. In either case, the bay is out of play.  The explosion also tore off the port side thruster pod. The ship is now in an irregular roll along its long axis, from which they can’t recover with just attitude thrusters."

"They’re stuck on board. One of the ship's lifeboats went up in the initial collision; and the other is inoperable for an unknown reason. The hull breach has bled off some air, but bulkhead seals seem to be holding.  Everything in the engineering compartment is a shambles. The plant is running at 40% capacity and they have no maneuver."

"Our priority is stopping the roll so we can attempt boarding and evacuate casualties. Their captain said that internal gravity failed, so everybody got thrown around. Kate, what casualties will you have to deal with?”

Kate related the casualty figures, concern clouding her face.  “There are forty-seven aboard, six injured but ambulatory, thirty-six non-ambulatory. Three are somehow unharmed and two are missing. I won’t be able to do much beyond stabilizing the worst ones until the Navy gets here in an hour or so.”

“Thanks, Kate,” Jackson replied. “I have a plan for when we match vectors. Maneuvering at close quarters with a rolling ship will be difficult, but not impossible." Jackson looked at Tarrant, who nodded his agreement.

Tarrant asked, "Marek, where's my course change?"   Marek didn't answer, so Tarrant repeated himself, louder.  Everyone looked at Marek, who was staring at his plot, his face pale.

"Tarrant, we have another problem," he gulped.
The story continues here.