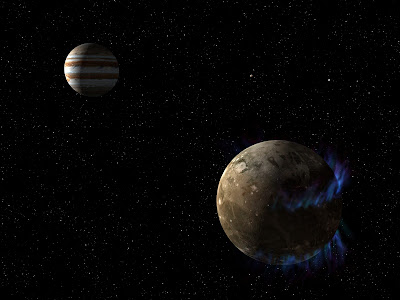 
Book 6 sets out a couple of reasons why a subordinate world is inhabited:
The military base is specified as being a ground forces base, not a Navy facility.
However, you could easily change this to a small naval refueling and replenishment base indicating the local government or Star Nation is trying to exert control over that local area of space. A planet with a Military Base should have Navy level control of that planet, its Trojan Points and any moons.

On Basilisk Station by David Weber is a good example of the trouble involved in trying to exert control over a solar system with limited resources. In the book, Commander Harrington has one light cruiser to cover a whole solar system; although there's really only one planet that they worry about.

Even then the ship's Marine units are not used as street cops, they are soldiers. They can raid the pirate base (if they can find it) or quell a riot or enforce martial law, which is very different from civil law. Maybe a high LL subordinate world is actually under martial law.

Control of territory and of people is a combination of government and law level; there's no formula to determine when this is done effectively, each world has to be figured out on its own. High law level doesn't necessarily mean wide or effective control. More 'open' or representative governments will not necessarily have less control than authoritarian ones.

Other thoughts on colonies

The text says colonies may be “a model or demonstration settlement, a penal or deportation colony”, or people meaning to explore and settle that planet. In my TU, this will also include monasteries and hermitages, or non-Christian religious or philosophical movements' colonies. Tabraz is a religious colony that became a mainworld.

A monastery as a subordinate world settlement:
An exploration & settlement colony is looking to become a mainworld, with or without the assistance of the existing mainworld. This could produce some interesting in-system rivalries, if the settlement outperforms the mainworld in some way.

Farming & Mining colonies
The goal of both of these is exploitation/extraction/exportation of resources for the mainworld. These may not be self-sufficient and need subsidizing by the mainworld. The less Earth-like the planet, the more the colony will need life support as well as economic support from the mainworld. Government code 1 means that a corporation owns the subordinate world, or a large portion of it, like Zarathustra in the Little Fuzzy novels. Any disruption of the flow of goods in either direction is likely to be a Big Problem, just right for adventurers to step in and address.

Penal colonies ('prison planets') have populations that are not expected to grow, or to be self-sustaining, or to produce exportable goods, although they might, such as the dilithium mines of Rura Penthe in Star Trek VI. Penal colonies may be situated on planets otherwise considered inhospitable or unlivable; there's less incentive to try escaping the prison compound if the air or solar radiation outside will kill you.

With penal colonies, certainly the ones with breathable atmospheres, the whole of the planet is likely to be considered the domain of the penal colony – it's just a security risk to have non-prisoner colonies next door to the prison. Smuggling and jailbreaks would inevitably follow establishing such a colony. So whatever resources the main world has for security would concentrate on the penal colony. This will contribute to the rest of the world being ungoverned, just right for surreptitious exploring by PCs - while dodging prison patrols.

Finding a parking space in space

Spaceport type depends upon population so it's possible to have at least a type Y port with no population at all. Are these failed or abandoned settlements? Yes, folks, we can have ghost towns in space. AWESOME!

What kind of governments will we find on subordinate worlds? Book 6 lists only government types 0 through 3 plus type 6.

Why only these types? I see no reason why there shouldn't be impersonal bureaucracies, charismatic dictators and theocratic governments. So I'm ignoring this part of Bk 6.

There should be communication routes in the system. This isn't discussed in Bk 6, but it shouldn't be hard to set up such systems. Planetary motion is very predictable, so communication satellites could be aimed at other planets to relay data. Disruption (or interception!) of communication could create numerous problems for subordinate worlds, and opportunities for adventurers. There will also be regular routes between worlds, with small craft and spaceships transiting back and forth delivering goods and passengers. Surely collisions, malfunctions and other hazards will occur, again giving adventurers plenty to keep their lives from getting dull.

An aspect of the communication routes concept that referees should keep in mind, and keep in the player's minds is the vast distances between subordinate worlds and the main world. Even one orbit's difference may mean hours or days before the supply ships or the cops arrive. Space is big, and everyone should remember how that affects communication and control.

JTAS #23 has an article on space habitats (aka space stations). The common assumption is that these non-moving spaceships are in orbit around some other body. But I say, why does it have to be? If they're sealed, and self-sustaining, you can put them anywhere in the system you want – in the 'asteroid belt', at Trojan points, or in empty planetary orbits. If a space station is the major inhabited thing in a planetary orbit, it should get the UPP listing for that orbit.

I recommend using size code H for habitat to distinguish them from asteroid bases (code 0) or small worlds (code S). Atmosphere will almost always be 6 (standard); why would you build an artificial environment and not make it human-tolerable? Hydrographic code will be at most 2, it's easier to store water in tanks instead of holding a pond in place with grav plates.

. . . and then one more
How do the TAS Wardens fit into all of this? How would they interact with these types of subordinate worlds? That will have to wait for another post. Even if you don't want to include my conception of the TAS, there's plenty of adventure possibility in one system if you flesh out the subordinate worlds.
Posted by Robert Weaver at 9:03 PM