Location: The adventure begins on Denotam (Vilis, Spinward Marches 1413) but covers much of the Vilis subsector. 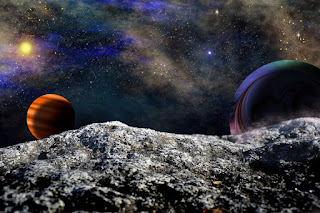 Mission: A recent string of ship losses to piracy is threatening Denotam Traders with the loss of important mail contracts. The company can replace the ships but not the revenue from the mail runs, they are critical to the company’s budget; without them DT goes under. The company wants to avoid this, and hires the PCs to discover why the sudden increase in ship losses has happened. If the PCs can directly stop it, they are directed to do so; otherwise they report back to the company and let them handle it. The company wants to keep the ship losses secret to avoid upsetting the local stock market and causing them more headaches.

Complications: There is no easy solution to this problem. The PCs start from near zero in terms of information to go on. NPCs that have knowledge that would help the PCs will be reluctant to share it. There are parties who do not want the problem resolved.


Payoff: Sulankin offers Cr 25,000 to each PC if they can find a solution to the problem.


Strong Points:  The adventure text states that the solution hinges upon “asking good questions”, so player skill is front and center, as it should be. No part of this adventure is simple; gaining information alone is not enough to solve this problem. The closer the PCs get to the answer, the more danger they are in, from the elements that don’t want this puzzle solved. The search for clues is not time-constrained; the referee has the flexibility to put in random encounters and side adventures without derailing the main plot.


Weak Points: I can’t think of any. When I first read this Amber Zone I was unimpressed, but with repeat readings and closer inspection, I realized that this is a solid adventure outline, enough direction for the referee to not get lost, but still with freedom to take more than one approach.


What I'd change: Nothing about this adventure needs changing. If I were running it, I'd flesh out some NPCs and the like, but there are no elements missing as it's written.


In My Traveller Universe: The plot assumes a shipping line with freedom to move between several systems, but with unfriendly elements not too far away. The Big Four are too well defended against piracy, so I’ll move to the Kamarov Republic. They are on bad terms with the Unionists next door, who might be responsible for the piracy.


Map: This adventure takes place in the Vilis subsector, so a map of the subsector is needed. Try The Traveller Map. Ship deck plans will also be useful, the referee can use whatever plans are available – no specific ship types are called for by the adventure.
Posted by Robert Weaver at 8:30 PM